The Philippine War of Independence 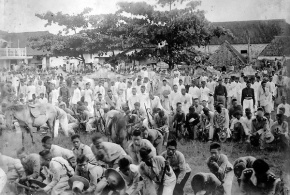 In 1902 after the conclusion of the Philippine-American War, the United States began the pacification process of the Philippines as a society. The most notable incident was the Moro Crater Massacre, which took place in March 1906, when 600 unarmed Muslim villagers were killed.

American writer Gore Vidal was quoted as saying, "If this is not a policy of genocide, it will do until the real thing comes along." After the Americans declared "victory", the total number of Filipino deaths was estimated at 1.4 million, many of which were civilians, compared to 5,000 American soldiers who were killed in combat.