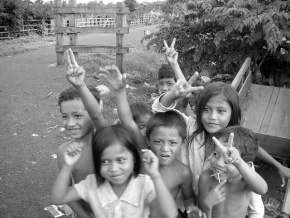 In 1975, Pol Pot, Nuon Chea, Ieng Sary, Son Sen, Khieu Samphan formed the Khmer Rouge which looked to install a communist way of life without taking any ?intermediary steps?, like China did in their ?Great Leap Forward.? During this period, the Khmer Rogue looked to eliminate anyone they regarded as ?enemies?. These included educated people and intellectuals, people with connection to the former regime or foreign governments, artists, ethnic Viatnemese, Chinese, Thai, Christian Cambodians, Muslims, and Buddhist Monks. Over this four year period, it is estimated that over 2 million Cambodians were killed during the reign of the Khmer-Rogue.