by President Vesna Medenica
President of the Supreme Court of Montenegro 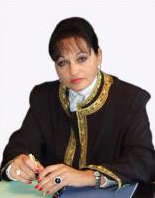 Modern democratic society inevitably requires a strong legal state, rule of law, and above all the recognition and respect of human rights.
The importance of the rights of the individual and society as a whole have been recognized by the International community as a fundamental part of civilization, without which there is no social, economic, cultural and political prosperity.

The universality of human rights, the necessity of their overall life and enjoyment belongs to the rights of every individual without distinction; these are achievements that were for the first time adopted by the Universal Declaration of Human Rights at the international level, as well as the highest and most important source of human rights. Further indication of the need to strengthen and improve the protection of human rights at the international level continued through the adoption of a number of relevant documents; including declarations, conventions and treaties.

At the global level, international law has created a framework for the full respect of human rights and universal social values. However, although the states - based on the most important international acts - have created a prerequisite for the functioning of legal instruments for their protection, we are witnessing a degree of disrespect and a lack of proper implementation of the law in practice that therefore prevents full protection of human rights at the national, and hence at the global level.

Legal loopholes, inadequate legal provisions, lack of administrative capacity for implementation, lack of education and awareness about the importance of each human right and individual freedom are opening a wide road of abuse and thus, a lack of accountability for compromise or violation of human rights. Disadvantages of legislation, their non-compliance with international law, inadequate public and social reactions and full implementation of legal mechanisms particularly affect vulnerable people: women, the poor and the young.

We should not ignore the fact that women and persons with difficult financial conditions in the era of modern society, and often gender discrimination, economic disparities and interests, are not able to exercise some basic human rights, including the right to access to justice. Also, young people who are the future of humanity are facing the problem of unemployment, and thus the lack of motivation and opportunity after graduation to find a job in their profession and thus achieve their potential in their professional careers.

In recent years, in southern Europe,  a particularly acute problem is the large number of unemployed persons, particularly women and the youth. The reason for this are war events in the former Yugoslavia and the transition of many countries from socialist to capitalist societies. This led to economic reforms that were more or less successful, a restructuring of the economy and the releasing of large numbers of workers, and these differences in the welfare of the population is reducing the number of the economically active population and employment opportunities.
Given the problems faced by southern European countries and many other countries of the world, especially after years of global economic crisis, there is no doubt that economic inequality belonging to vulnerable categories of people - women, children and youth, must not be the basis for the smallest differences or inequality in the exercise of guaranteed human rights.

Only by a strong national legal systems, the full implementation of the law, respect for legal certainty and the rule of law, and raising awareness of the importance of human rights and equality of all citizens before the law, we will create a strong foundation for better functioning of international law and global communities. Using a collaborative effort, regardless of cultural, political or any other differences between nations and states, dialogue, sustainable development and fostering democratic values​, we will be able to create a strong international law that will fully serve its purpose - the promotion of human rights and freedoms in the service of each individual and the nation.

It is my great honor and a pleasure that Montenegro and the Supreme Court are the hosts of this year's Symposium and that numerous experts and holders of senior international and state offices will share experiences and opinions on the importance of basic social values ​​- the rule of law, democracy and respect for human rights and freedom for their full warranty.

I believe that to this end, the experience of Montenegro as a democratic, multi-national and multi-religion state, whose judiciary in its performance and results is an example to all countries in the region, would be extremely valuable and will therefore give a small, but significant contribution to the advancement of human rights, especially the rights of women and youth, and positive and long-term development of international law.

For this reason, I am cordially inviting you to participate, hoping that you will contribute to the success and constructive work of the Symposium.

PRESIDENT OF THE COURT
VESNA MEDENICA